These are some "Franks" I wipped up for the Halloween theme over at Sketchthemes!
Happy Halloween bloggers!
Posted by Trent Correy at 11:00 PM 1 comment:

SITTING DOWN WITH THE GENIE 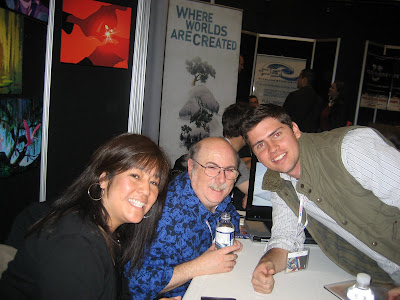 Pictures are worth a thousand words...
The Ottawa International Animation Festival was a blast this year! Sitting down with Eric Goldberg for an interview and hearing him talk about the future of Walt Disney and traditional animation was well worth the 200$! On the left is Dawn, director of the talent development program at Walt Disney Studios, I forced her into the picture against her will, but I think it makes it that much better!!!
Stay Tooned bloggers! 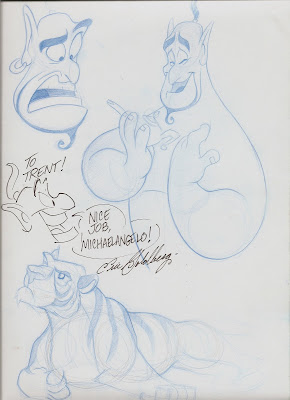 I also had nothing for him to sign....little did I know I had a sketch of the Genie hiding away in my sketchbook. As terrifying as it was to show him my version of the genie, he gave an approving nod and said, "you know what.....it's kinda on model".
....Then I woke up.
Posted by Trent Correy at 5:28 PM 12 comments:

Trent Correy
I'm just a guy with a hobby... sometimes people pay me for it.